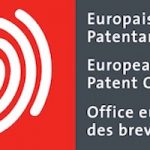 Alison Brimelow, president of the EPO, will not stand for a second term after her three-year contract to the staff at the IP office.

Member states will now begin the process of recruiting a successor.

Jesper Kongstad, head of the Danish IP office and deputy chair of the EPO ’s Administrative Council, which consists of representatives of all of the Patent Office’s member states, said that the Administrative Council would discuss the arrangements for appointing a new president at its next meeting in Munich in June.

One of the issues that the Council will need to decide is how long the new president will serve, as well as the procedures for appointing him or her.

Kongstad said that he had “lots of candidates in mind” but that it was impossible to tell which country a new president would come from.

“Each delegation will have discussions with their capitals”, said Kongstad. “It’s a highly political, sensitive issue”.