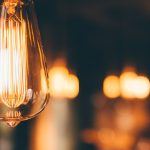 Design of the New Electricity Generation System and Its Operation

A member of HEGEM (Lifelong Education and Development Center) Association, Associate Professor Dr. Kemal DURUHAN in the field of education philosophy at Inonu University has developed a system pledging a significant difference in power generation. This technological design which is believed to cure the global warming thanks to the environment-friendly energy it generates in a renewable and sustainable way.

The system will be able to operate in any kind of still water, either natural or artificial, (Sea, Lake, pond or pool) entirely under human control throughout the year (7X24) based on renewal and sustainable power generation principle.

The system pledges increasing the global power generation hundreds times in a cost- and time-affective way and the resulting clean and environment-friendly power will terminate the need for all fossil fuels currently used in power generation. The generated electricity will be so plenty that it will allow the implementation of electricity-driven cars and roads, it will facilitate illumination, industrial manufacture, and heating. Moreover, this system can be used in marine transportation.
This system is a hydroelectricity power plant, which is placed onto water floor in non-flowing water (e.g. sea, lake, pond, pool), surrounded by walls, with its center open from bottom to top and in contact with atmosphere, which has a transitive water reservoir with its top above the water surface level adjacent to the outer wall of the plant and some part under water and higher than non-flowing water mass level. The system is based on generating electricity by transmitting the flowing water through penstock into flow pipe
Its difference from other hydroelectricity power plants is that it is not placed over the river flow regime but into the non-flowing water. These hydroelectricity power plants can be designed in different places and various sizes as single and multiple structures with one or more turbine(s) depending on the water’s volume.

The Structure of the System

Operation of the System

The Maintenance of the System

The air filled at the top part of the transitive water reservoir in time due to the air resolved in water is released and replaced with water using an air release and water pump mechanism.